If there’s one thing that amateur radio operators are good at, it’s turning just about anything into an antenna. And hams have a long history of portable operations, too, where they drag a (sometimes) minimalist setup of gear into the woods and set up shop to bag some contacts. Getting the two together, as with this field-portable antenna made from a tape measure, is a double win in any ham’s book.

For [Paul (OM0ET)], this build seems motivated mainly by the portability aspect, and less by the “will it antenna?” challenge. In keeping with that, he chose a 50-meter steel tape measure as the basis of the build. This isn’t one of those retractable tape measures, mind you — just a long strip of flexible metal on a wind-up spool in a plastic case. His idea was to use the tape as the radiator for an end-fed halfwave, or EFHW, antenna, a multiband design that’s a popular option for hams operating from the 80-m band down to the 10-m band. EFHW antennas require an impedance-matching transformer, a miniature version of which [Paul] built and tucked within the tape measure case, along with a BNC connector to connect to the radio and a flying lead to connect to the tape.

Since a half-wave antenna is half the length of the target wavelength, [Paul] cut off the last ten meters of the tape to save a little weight. He also scratched off the coating on the tape at about the 40-meter mark, to make good contact with the alligator clip on the flying lead. The first video below details the build, while the second video shows the antenna under test in the field, where it met all of the initial criteria of portability and ease of deployment. 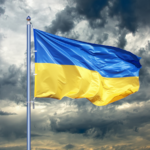